“But what if you don’t come back?”

NOTE: The Roman Emperor Trajan is an example of humility. He was just beginning to lead his soldiers out of Rome to fight a war when a widow stopped him and asked him for justice for her son, who had been murdered. He said, “Wait ’til I come back.” She replied, “But what if you don’t come back?” Knowing that his duties as Emperor included dispensing justice, he then stayed in Rome until he got justice for the murder of the widow’s son.

He Intercedes for the Emperor Trajan

In the time that Trajan the emperor reigned, and on a time as he went toward a battle out of Rome, it happed that in his way as he should ride, a woman, a widow, came to him weeping and said: I pray thee, sire, that thou avenge the death of one my son which innocently and without cause hath been slain.

The emperor answered: If I come again from the battle whole and sound then I shall do justice for the death of thy son.

Then said the widow: Sire, and if thou die in the battle who shall then avenge his death?

And the emperor said: He that shall come after me.

And the widow said: Is it not better that thou do to me justice and have the merit thereof of God than another have it for thee?

Then had Trajan pity and descended from his horse and did justice in avenging the death of her son.

Then answered a voice from God saying: I have now heard thy prayer, and have spared Trajan from the pain perpetual.

By this, as some say, the pain perpetual due to Trajan as a miscreant was somedeal taken away, but for all that was not he quit from the prison of hell, for the soul may well be in hell and feel there no pain by the mercy of God.

The eighth and final chapter briefly surveys the history of posthumous salvation after Augustine. Central is a story told about Pope Gregory the Great (sixth century), who supposedly uttered a prayer for the salvation of the pagan Roman emperor Trajan, who had lived in the second century. In Eastern Orthodoxy, this prayer is often combined with that of Thecla for Falconilla as two examples of God’s mercy even upon dead pagans. In the west, because of Augustine’s influence, the story is retold to include the resurrection of the body of Trajan, since without physical baptism, no one who lived after Christ can be saved.

And Song of Names 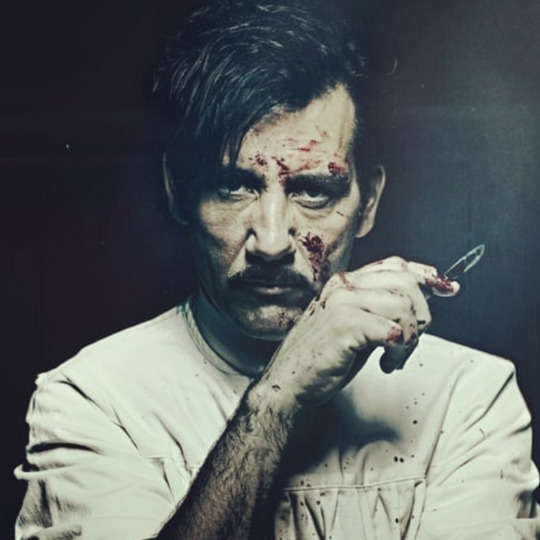 My Top Five Season 1 Episodes of The Knick:

#1, Method and Madness- we get to see how this circus works and meet all the amazing characters of the Knick!

#2, Working Late A Lot. Things heat up considerably between Lucy and Thack, and the cocaine shortage ramps up Clive Owen’s performance to a peak. Building tension between Thack, Bertie and Lucy. Perfect poignant ending with Thack reliving Dr. Christensen’s death in the opium den eerirely presages his own demise. The music is exquisite.

#3, The Golden Lotus. Steadfast Lucy to the rescue! Thack falling apart and drowning in paranoia is the highlight here.

#4, They Capture the Heat. Algie and Thack working together, sort of. Gallinger’s world collapsing. And just for that great bicycle scene between Lucy and Thack.

#5, Get The Rope. Amazing editing, everyone working together, and Lucy gets to consummate her obsession with Dr. Thackery.

My Site
Create a free website or blog at WordPress.com.